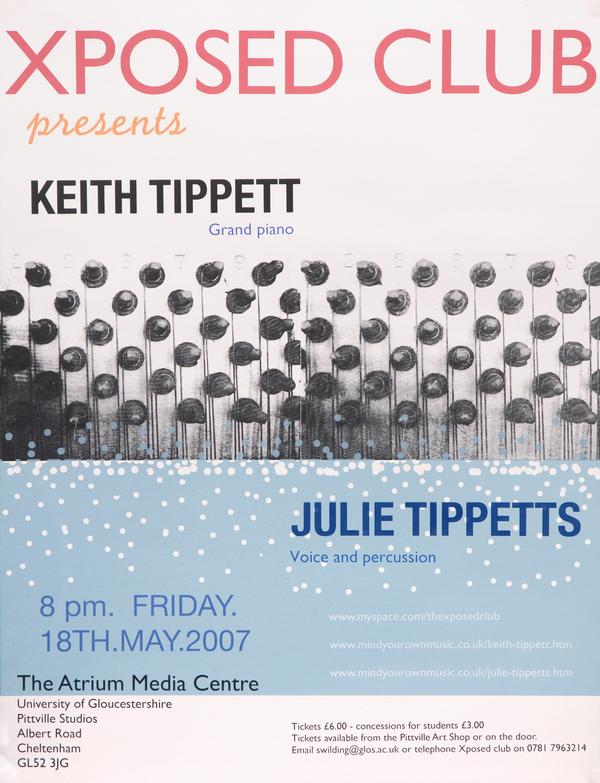 I first met Keith in the late 1970’s at the 100 Club in London. I was young and new to jazz and improvised music, and the intensity and relentless power of his playing made an impact like nothing else. From that day I have watched him play live whenever I could. I must have seen him play hundreds of times: as the pianist who along with Louis Moholo and Harry Miller pushed and shaped dozens of bands; the band Ovary Lodge with Frank Perry, Julie Tippetts and Harry Miller; the sensational duo TnT with Stan Tracey at the ICA; the large ensemble Ark at the Roundhouse; and many performances at Bracknell Jazz Festival with Elton Dean’s Ninesense, and other ensembles such as the Dedication Orchestra with Julie Tippetts. Later in his career I caught Keith playing with Mujician and solo concerts at Café Oto. The last time I saw and chatted with him, (and teased him for complaining about his hotel room at the Hilton), was at a concert with Matthew Bourne at the Union Chapel in October 2019. His playing has always and continues to inspire my own playing of percussion and encouraged me to explore a world of sounds and textures, from a music box to a piano frame’s strings.

Over the years I got to know Keith so that as a student and secretary of the Jazz and Improvised Music Society at Middlesex Poly I arranged for him to play a solo concert at Trent Park. Keith had just returned from playing in Japan. He was tired from the travel but, naturally, gave an unforgettable performance. Later in the 1980’s I became seriously ill and was admitted to hospital for open heart surgery. As I began to recover a card arrived from Keith. I don’t know how he had heard but this was the kind of thoughtful, generous person he was, and his best wishes helped. Once recovered I invited him and Elton Dean to play at the Makeshift Club in the back room of the Duke of Wellington on Balls Pond Road, and I was fortunate to support them in a combo with Keith.

By the 2000’s I was working in Keith’s neck of the woods and lecturing at the University of Gloucestershire, and it was here I set up Xposed Club. I invited Keith to perform a number of times. It was fantastic to share his amazing music with a younger generation. We continued to stay in touch and I attended another beautiful concert by himself and Julie in a chapel near to his home. Keith was particularly worried about getting an audience for these local concerts and I still have a lovely phone message he left thanking me for turning up. The thanks are all owed to him, and for a life of full of live and recorded music magic.

Just an idea…
The funeral will take place on Thursday 2 July at 12.30. It’s going be a difficult day without all family and friends being there…immediate family only. Its at 12.30 so if you fancy raising a toast 🥂 or saying a prayer 🙏 or lighting a candle 🕯 at that time we will be doing the same so you can be there in spirit 🤗 xx

A large collection of past Xposed Club posters by Mark Unsworth are now available to be seen at the Special Collections and Archives Department at the University of Gloucestershire or viewed digitally. See for full details: https://www.glos.ac.uk/life/libraries/pages/special-collections-and-archives.aspx

Men Diamler is a musician / writer based in London. He has been writing, producing and performing his own songs for over a decade, which he believes is an ongoing act of penance for writing too much bad poetry in his adolescence. Like a scrunched up weather forecast in a force 10 gale, he is hard to pin down. He happily zig zags through convention, often delighting and dumbfounding audiences with equal measure. He has toured the UK extensively and recorded live sessions for BBC 6Music and Resonance FM. He is also a catsitter and DJ. ‘Men Diamler’ doesn’t mean anything, by the way.

Theo May has always had his own, idiosyncratic approach to music-making.
This creative sensibility has been directly informed by independent discovery,
with intuition at its core. Although his primary focus is composition, playing the
violin has always been extremely important to him and it is this practical
approach to musical creativity which continues to inform and nourish his own
music making. For this performance Theo has invited his father to join him on clarinet.

“May’s astonishing skill and bowed and plucked velocity of note-making to the fore, it’s as if the rural heart of England is on sonic fire in the very urban heart of Hackney. The next piece is as slow and aching as a plea for love and you wonder how a musician so young has nurtured such a deep and improvising soul.” (Chris Searle, Morning Star)

Mike Adcock is an eclectic pianist and accordionist. He was a founding member of Accordions Go Crazy, and has worked with Flaco Jiminez, the Ray Charles orchestra, African dance outfit Shikisha, composer Gavin Bryars, and The Last Dance Orchestra. Currently he plays blues and swing and a bit of zydeco in the Cadillac Kings, traditional Norwegian music with Vek, New Orleans style R&B in Natchez and improvised music in a duo with Clive Bell and in bands Paper Factory and The Unseemly Trio. Mike also has an interest in musical stones and plays roof slates. Today Mike will play some beautiful accordion tunes and he might even sing. https://mikeadcock.com

Pete Omelette is a pianist and trumpet player and leader of the Sunday Shoes an improvising and drone ensemble who specialise in playing improvised scores for short films. “Pete’s trumpet journeying from jazz-mute musings and trombone impressions to free-improv.” (Dann Chinn, Misfit City)

MADRONA is a collaborative duo with a combined passion for melancholic drone music and the sublime. The band is named after the copper-coloured Arbutus tree native to the Pacific coast of North America. Using the alphabet for sport, MADRONA recordings begin with A (Alone with a crow and a pylon, 2017) and have so far reached D. Live performances are spontaneous affairs, as recordings tend to involve a pump organ, where members of the public are invited to fill in for the harmonium with field sounds.

This year Madrona have invited friends to join them to perform the ‘Drinking and Hooting Machine’ by John White. The group is split into 4 sub groups and given a bottle of liquid. They then follow basic drinking instructions (gulp, swig, sip) and hooting (blowing over the bottle). Everyone has different instructions so the bottles empty at different speed this creates a variety of tones there are no set rhythms, or tempo but eventually with all the bottles empty the piece ends.

Exotic Sin are a collaboration between keyboardist/percussionist Naima Karlsson and trumpeter/percussionist/ Kenichi Isawa. Naima, is also a visual artist working in a range of media and Neneh Cherry’s daughter, which makes her the granddaughter of visual artist Moki Cherry and cross-cultural jazz pioneer Don Cherry.

Kristin is an incredible vocalist and lyricist who brings a depth and sensitivity to the arrangements and instrumentation of her songs. Now based in Brighton this will be a rare appearance in our neck of the woods.

Triofolio feature Chris Cundy on bass clarinet and compositions along with Paul K Scott double bass and Saul Scott (all of twelve years old!) on the drums.
Tickets are limited to 60 spaces and can be purchased in advance: https://www.thechapelarts.com/product/jazz-at-the-chapel-kristin-mcclement-triofolio-tickets-7th-june/
Chapel Arts is on Knapp Road, Cheltenham GL50 3QQ – on the corner of St James Square opposite The Bottle of Sauce pub.

Xposed Club has been nominated as Live Music Venue of the year. Please vote in the live music section here: https://www.soglos.com/awards/vote

Xposed Club and Cheltenham Borough Council and The Cheltenham Trust are pleased to present Beibei Wang, an acclaimed international virtuoso multi-percussionist and composer. Beibei has enjoyed a meteoric rise in the classical music world, receiving international praise for her genre-defying projects. Support will come from local electronic artists Brown Torpedo and the Madrona Drone Choir*. 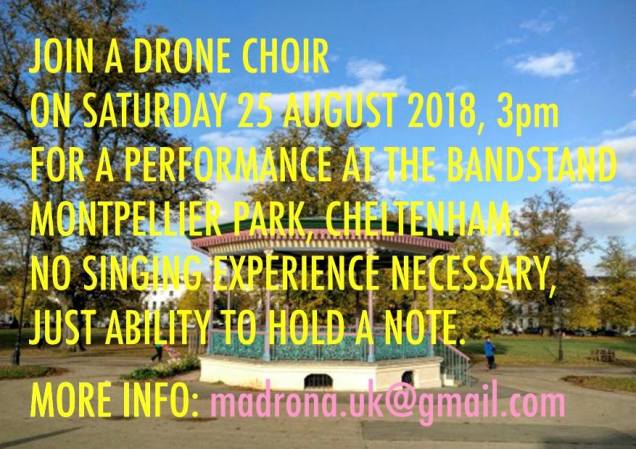 *If you would like to join the drone choir for this performance please email madrona.uk@gmail.com.

Xposed Club
Create a free website or blog at WordPress.com.